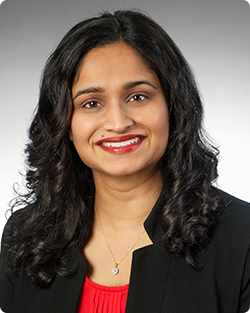 Fluent in English and Hindi and conversational in Spanish, Dr. Jhawar is an avid traveler who enjoys working with children as a former camp counselor and advisor and taking an active leadership role in her academic, cultural and social communities. For several years now, she has served as a volunteer physician, giving public health talks for IIAMA and HSHS.